The price of Xiaomi Redmi Note 8T in Kenya starts at 15,400 shillings. It was announced in 2019, November 06, and it comes after the Xiaomi Mi Note 10 Pro. Xiaomi Redmi Note 8T Android Smartphone runs on the Qualcomm Snapdragon 665 processor with Adreno 610 GPU. The phone has 3/4 GB RAM and  32/64/128 GB of internal storage which is expandable using micro SDXC (dedicated slot). It also runs on Android 9.0 (Pie), upgradable to Android 10, and is powered by a Li-4000 mAh battery.

Released in November 2019, the Xiaomi Redmi Note 8T seems to be another addition to the already numerous midrange offerings coming from the Xiaomi stable, with quite the impressive roster for such a fairly priced device. Let’s have a look at what is on offer.

The Xiaomi Redmi Note 8T comes with an IPS LCD 6.3-inch capacitive screen with a teardrop design to house the front-facing camera, to achieve the 80.2% screen to body ratio. apart from a chin at the bottom of the screen, the screen looks pretty much bezel-less. The screen comes with Corning Gorilla Glass 5 protection, both front, and back, with a hardened plastic frame nestled in the middle. 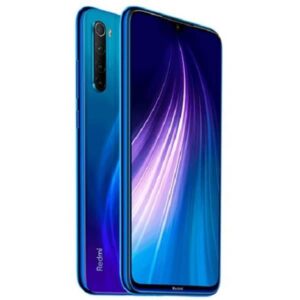 At the back, it sports the fingerprint scanner at the center, with the quad-camera setup vertically aligned to the top left corner. Despite its plastic built, it still looks and feels very premium. It’s 8.6mm thick and weighs in at 200g. You may also want to see OnePlus 8T smartphone.

The Xiaomi Redmi Note 8T comes with the popular Snapdragon 665 midrange chipset, paired with the Kyro 260 CPU, with speeds up to 2.0 GHz and the Adreno 610 GPU. The memory configuration comes bundled with either 3 or 4 GBs of RAM along with either 32, 64, or 128 GB of ROM. It gladly also has a dedicated microSD slot for internal memory expansion of up to 256GB. The SoC is capable enough for average use but might drop a frame or two when faced with intensive tasks like gaming. Other than that, it’s also a great chip to run the fairly generous 48mp primary camera.

The Xiaomi Redmi Note 8T comes with a 48mp wide primary camera, an 8mp ultra-wide lens, a 2mp macro sensor, and a 2mp depth shooter. The pictures are not record-breaking, but at this segment, are inarguably very decent, rich in color, and sharp. The photo supports HDR and panorama too, in addition to the ordinary modes. As for the video, it shoots 2k at 30fps, 1080p at 30/60/120fps with gyro electronic image stabilization support. The front-facing shooter is a decent 13mp wide lens, also capable of HDR and panorama. It shoots 1080p video in 30fps.the images are great, especially in environments with sufficient lighting.

The Xiaomi Redmi Note 8T comes with an Android 9 Pie with the MIUI 10 custom skin slapped on top. The bloatware is a little conspicuous, but not overwhelming. The experience should be smooth and fluid, with little to no lag. The interaction with the MIUI is not everyone’s cup of tea but most who have adopted it have come to love it. Visit the official website of this product to learn more.

The Xiaomi Redmi Note 8T comes with a non-removable Li-Po 4,000mAh battery, which has widely been accepted as a benchmark for midrange phones nowadays. It has been widely acknowledged to easily last the whole day for the average day to the user. If that is not enough, the phone comes strung with 18Wfast charging capabilities, with a fast-charging brick and USB-C cable coming in the box. That should easily top up to 100% charge in about 2 hours. The endurance rating stands at 108 hours.

At its price point, the Xiaomi Redmi Note 8T is really the phone to beat. It’s fairly balanced out in what is important in a budget midrange and it doesn’t disappoint. It is NFC capable, has an IR blaster but no IP rating for both water or dust resistance. The phone supports standby nano-sim and Bluetooth 4.2. It comes in Starscape Blue, Moonlight White, and Moonshadow Grey.